Startseite » On the steps of Nicolas Copernicus

On the steps of Nicolas Copernicus 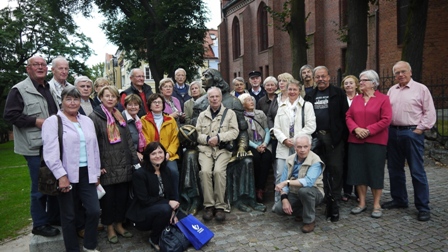 It was the second time we were part of a study journey through Poland. The journey stood under the topic of “On the steps of Nicolas Copernicus”.

More than last year, we have realized how sensitive visiting today’s Poland is for our fellow German participants: they have strong roots with Eastern Prussia and other regions that had once belonged to Germany. We have felt the pain and sorrow of those who had to leave their homes and places where they were born without having the possibility of returning for many years.

Accommodation: as usual, the hotels were of an acceptable quality with a special mention of the Hotel Radisson Blu in Warsaw which is of a very high International level

Transport: our driver – Gregor Kusiak – was the same as last year and we appreciated his kindness and the services of coffee and ‘Würstchen’ he provided during the mandatory pauses. As a driver myself, I admired his capacity to maneuver his huge bus in very confined location, while remaining extremely cautious in all occasions. 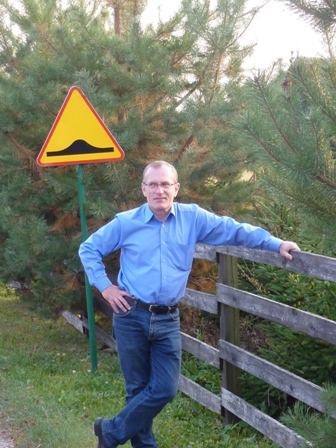 Doctor Hamel: my wife and I are not specially acquainted with astronomy, so thanks to Doctor Hamel, we have discovered many aspects of this science which were unknown to us. His encyclopedic knowledge of everything related to space, stars, planets, astronomy and even astrology, allowed us to get clear answers to our naïve questions we put forward. To temper the monotony of a long distance trip between stops, he would address a specific subject and answer questions. On a more personal note, we have learnt that Doctor Hamel had a very innocent hobby which was to discover paintings or statues of sand-glasses in churches.  Sand-glasses depicted with or without wings are symbols of the time which passes. Sometimes one can find the personified Death (Knochenmann) with his scythe, too. Most of the time those symbols are stressed with the presence of a skull. All these adornments tend to remind mankind of its mortal condition. 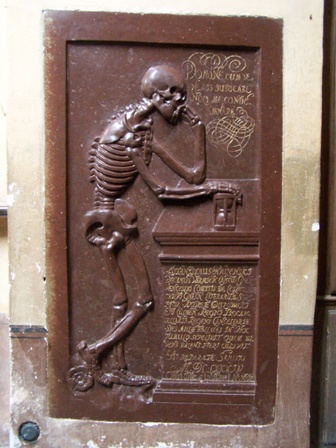 And I must admit that his ‘addiction’ is contagious since we are systematically looking for sand-glasses every time we visit churches after we left Lüneburg.

Poland: our first visit to this country was in 1986 and I must say that Poles have done tremendous efforts to modernize their country. Today it is very difficult to see any difference between Polish towns and any town in Western Europe in terms of modernity. Streets are clean, taxis are frequent and cheap, road surfaces are excellent, people are well dressed and cars are the same as ours. After travelling more than 2000 kilometers on Polish roads, one could only regret that there are not more motorways linking large towns. We have heard of a project to extend some of the existing motorways through private companies at the occasion of the next European Football championship together with Ukraine. This will imply toll payment for the vehicles using them.

Nicolas Copernicus: Copernicus is a brilliant scholar of the 15th century and belongs to the entire mankind like other scientists like Albert Einstein, Alexander Fleming or Marie Sklodowska-Curie. Their geniuses have no nationality. Thanks to Doctor Hamel, we have realized that this man was able to figure out the movement of the Earth around the Sun in opposition to the belief promoted by the Church. This was done without any real scientific instrument, just by pure reasoning and eye observation. Contrary to other scientists Copernicus was smart enough avoiding any kind of argumentation with the Church authorities who would have put him into difficulties and eventually an end to his astronomy research. 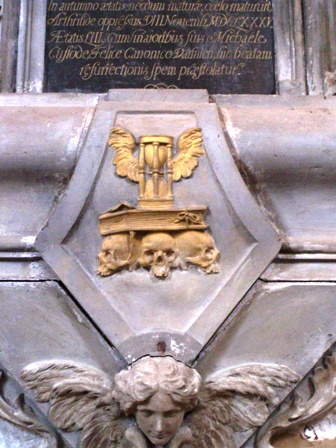 Dr. Hamel never got tired in commenting Copernicus’ comprehensive studies. Whenever lecturing, either during our evening conversations or on the bus, his descriptions of scientific matters were put forward as simple as possible for a non expert audience.  Thanks to his steady explanations we are now much more knowledgeable on stars, shooting stars, black holes, dark matter, supernovae, nebulae, galaxies, asteroids, comets and such a difficult subject as parallax!

The guides: in each town we had the pleasure to make a tour of the city accompanied by a local guide. Just let me quote two particular experiences:

– We had been especially lucky with the tours offered at the Observatory of Thorn. As the initial guide was not available Mrs. Kern was able to obtain a replacement by no less than the director of the Observatory himself. So his visit was in English and Doctor Hamel was translating into German. Indeed who would have been more appropriate than the director himself?  I am sure that the quality of the visit was certainly superior to what it would have been had with any other normal guide.

– We were shown beautiful Krakau by the young lady Joanna. She was such a knowledgeable person and in addition had a perfect level of German. She guided us through the old town and castle and eventually the tour ended up in the Jewish quarter of Kazimierz. Joanna was brilliant and did her utmost to fill us in with cultural information:  Polish History, art, literature and Jewish culture.

The group: My wife and I are really grateful for the way people from the group were so nice with us. I must also insist on the punctuality that everyone displayed at every occasion and we never had to wait before leaving the hotel for a visit or for the travel to the next stop over.

Food: Mrs. Kern organized a number of dinners in town which distracted us from the usual international cuisine you find in hotels. In Thorn, for example we had a dinner in a very nice restaurant where we had a large room for us alone. In the next room, a pianist played some old French songs and American standards: the ambiance, the food, the music was really fantastic. The most remarkable occasion was a restaurant of the Jewish district of Krakau where we enjoyed not only the typical food but also the performance of three talented artists playing music from the Jewish folklore. At the Radisson Blu hotel in Warsaw, we also had a very nice dinner in a dining room for us alone with waiters just taking care of offering us with a glass of Sekt to begin with.

Being French of course means…. that we are hungry at noon and that we like to sit down and have a warm lunch. So every time when being on our own, we went out looking for local restaurants and local food. Our search for food was mixed with expectation and fear: fear not to be able to read the menu, because our Polish needs still SOME improvements. But French are courageous when food is concerned and needed.  Therefore we ventured into many small restaurants and were lucky. We loved the different krauts, Bigos and Pierogi and last not least cheese pancakes. At the end of the trip we became experts and for sure we look forward to a new journey to Poland in a near future.

Organization: As usual, the organization was perfect. Mrs. Kern showed her ability to improvise a constructive solution each time she faced the inconvenience of defecting guides or any other problem. The whole trip had been well thought in advance, taking care of limiting the time it took the bus to reach the next stop and the distance between towns were adjusted accordingly.  The fact that Mrs. Kern is able to deal with Poles in their own language is certainly a major asset.

Conclusion: My wife and I enjoyed this trip through Poland very much. The ambiance in the group was excellent, everybody talked to everybody; nobody was left alone. The visit of gorgeous places combined with the extended explanations given by Doctor Hamel on any scientific aspect of our trip was a tremendous benefit for each of us.

So again we are in the starting blocks for new adventures. As we know we will be heading for Berlin.