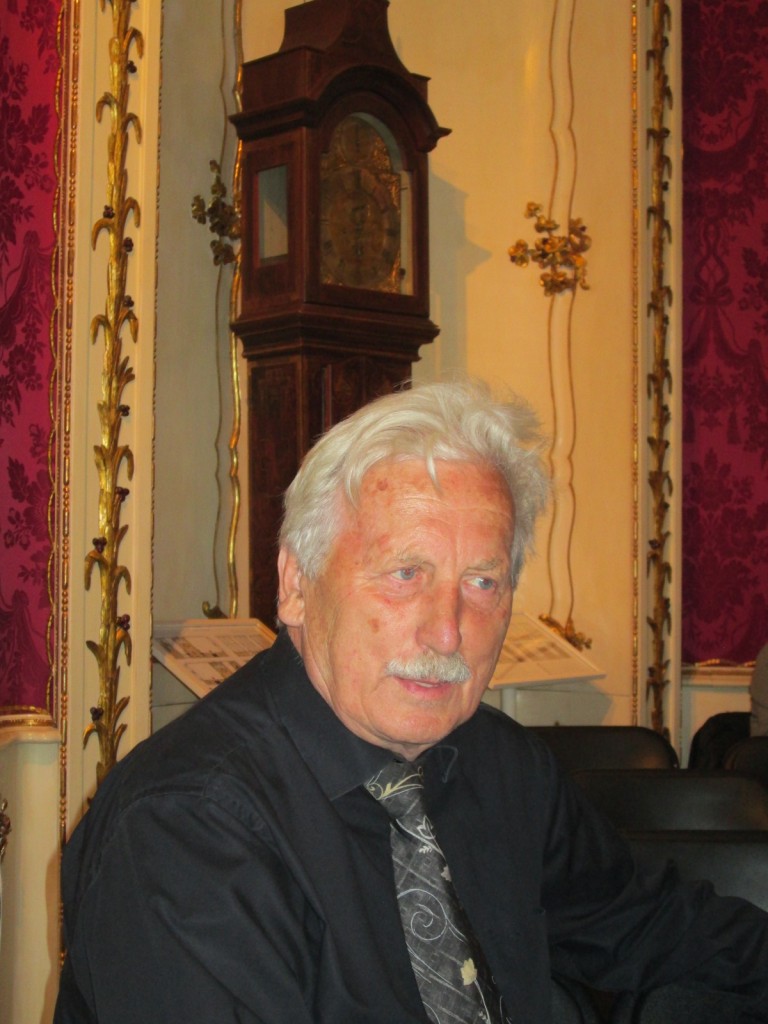 One rarely has the chance to visit the various places where the action of a autobiographical novel takes place. It’s even more exceptional to do it in company with the author himself. But we were able to do so, thanks to the OL museum which organized a journey through Ostpreussen. There we saw the places where Arno Surminski spent his first eleven years until he escaped to the West a few months after the end of the war. Herr Surminski was our guide through the world described in his book ‘Jokehnen oder wie lange fährt man von Ostpreussen nach Deutschland’.

The journey started in a hotel in Ogonken (Ogonki today) on the shore of Lake Święcajny. From this base we discovered his village Jäglack (The actual name of ‘Jokehnen’) and the exact place where his house once stood. We also saw and visited part of the nearby little castle mentioned in the book which is being entirely restored.

The once magnificent manor of the Lehndorff family, for a short while ‘haut lieu’ of German anti-Nazi resistance, was on our program too. Located ideally on Lake Mauersee (Mamry), we could visit a small part of the castle which had been left derelict for many years. Since 2009 the foundation Deutsch-Polnische Stiftung Kulturpflege und Denkmalschutz from Görlitz with a handful of courageous archeology strudents is currently restoring this beautiful place.

From Steinort, Mrs Kern had arranged our return to Ogonken through a two hour cruise on the lake. This region is really beautiful and would deserve to be known and visited by more Western Europeans. To add to the beauty of the lake, a typical Polish soup, the excellent Żurek, was served by a pretty young lady. What a treat!

We can easily imagine the emotion that Arno Surminski must have felt when revisiting all those places from his youth. In a number of them, he read a few chapters of his book in front of an audience composed of our twenty-member group and many Polish people who had read his book. Thus we learnt that his fame was not only limited to German readers, but crossed the borders and that Poles too, wanted to know what his writings were about.

In situations which could have been embarrassing, Herr Surminski always insisted on the feeling of friendship which he felt towards the Polish population which now lives in this region. Mutual understanding, reappraisal of history, acceptance of responsibility and eventually forgiveness were the key words to be found in his interviews. To a certain extent his work can be assimilated to that of an ambassador. Herr Surminski would always give a very positive answer often inflected with smiling humour.

In Angerburg (Today Wegorzewo), our visit was the occasion of the inauguration of an exhibition about the author, his life and his books. The Polish TVP television network and some important persons from the town attended the ceremony in front of a large audience that included many students that Herr Surminski invited to join instead of waiting outside. By this small gesture he expressed his concernedness with youth. Nobody should be left behind. History must be explained to our youngsters as well if we want the world to improve.

After visiting Marion Dönhoff’s Salons in Galkowen, followed by a small promenade on a little boat on the Kruttina accompanied by Pani Kristina’s patriotic and wistful singing, we finally reached Allenstein. It was the occasion to pay a visit to the Borussia foundation which is dedicated to maintain the memory of the very important Jewish cultural presence in the region.

We then travelled to Frauenburg, Elbing, the Stutthof KL and finally Danzig. 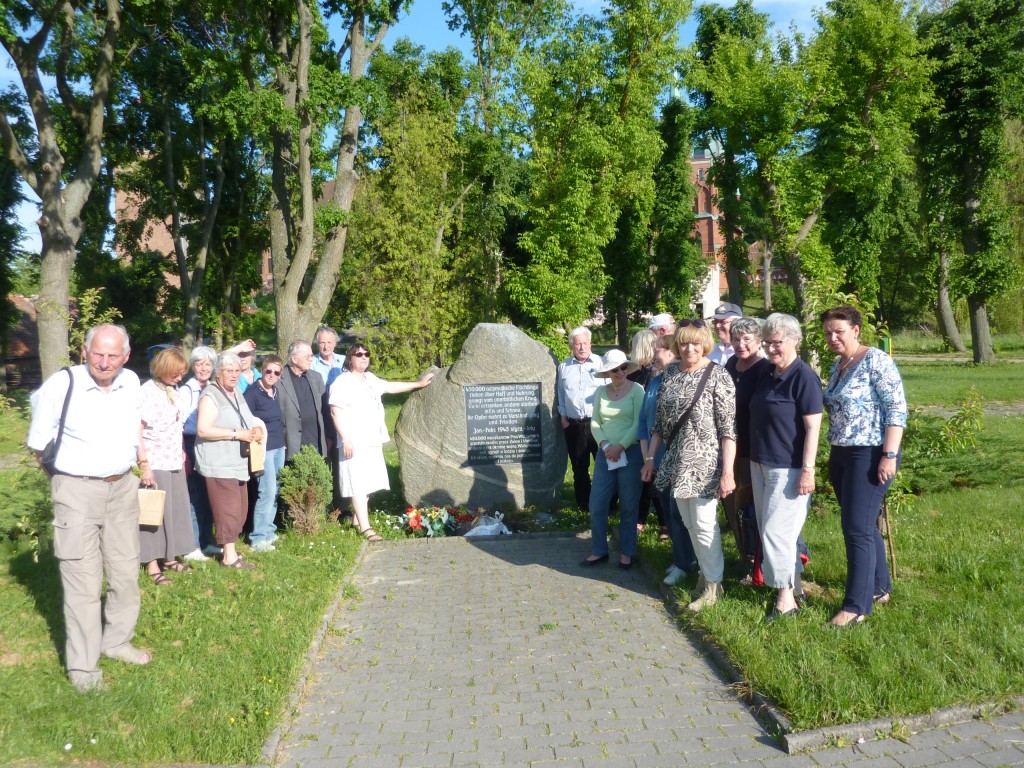 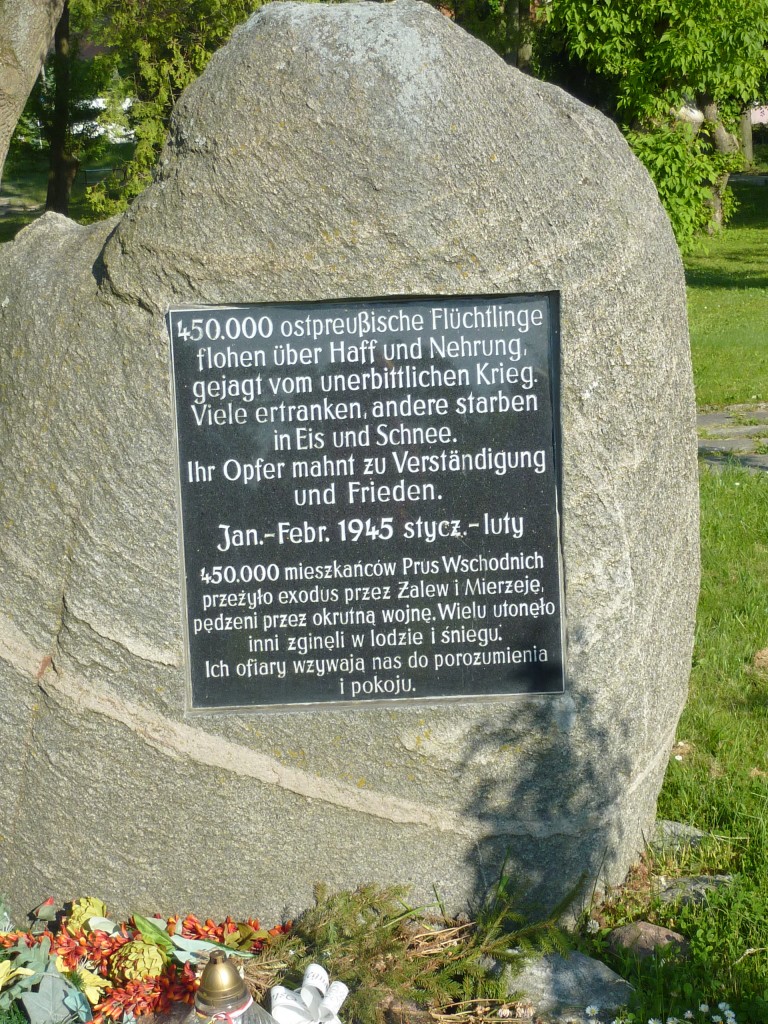 In Danzig, we had the excellent guide Pan Florian who took us through the old part of the town with very crisp, precise and often funny descriptions. 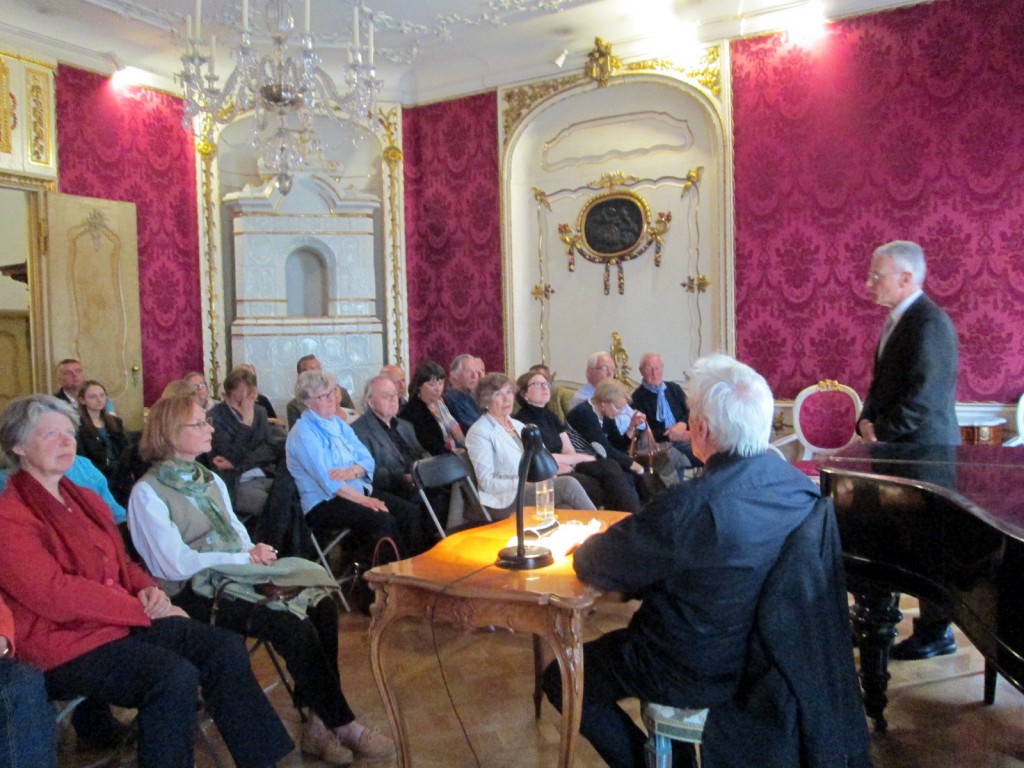 Another very interesting visit was the European Solidarity Center on the site of the old Gdansk Shipyards. It is a huge museum opened in August 2014 which describes the struggle that Solidarnosc had to fight to obtain recognition from the then communist régime of general Jaruzelski. The many peaceful demonstrations which were systematically dispersed through violent action from the militia resulted in a number of deaths. When martial law was proclaimed on December 1981, the leaders of the movement were sent directly to jail, while a curfew and censorship of the mail and press were put in place.

The group we were part of was of an extremely high quality. We met many people with a very interesting background and with whom conversations were a delight.

We owe Mrs Agata Kern our deep gratitude for the excellence of her organization and for the opportunity to exchange views with an admirable author in the very much the places that his autobiographical novel describes.